– Frequently Asked Questions
– Check Compatibility
– How to contact us?

Take a look at our amazing Reviews – Facebook / Google

Our version of the VW RCD360 Pro headunit comes packed with features for both Apple iPhone and Android phone users. RCD360 Pro has AppConnect built in which offers Apple Carplay and Android Auto. You simply plug your phone in to the USB port using a charging cable and you will unlock a host of features such as Google Maps, Waze, Spotify, YouTube Music and more (downloaded on your phone). Please be aware unlike us, some sellers only offer Apple Carplay on their units. 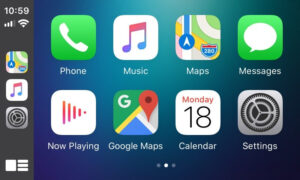 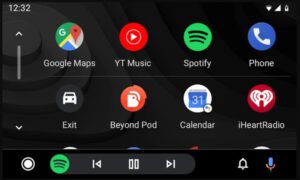 Don’t have Bluetooth Audio on your current VW Radio? Don’t worry! Our RCD360 Pro stereo has Bluetooth Telephone and Audio that will allow you to connect your phone via Bluetooth and receive calls and play music through the car’s speakers. No additional hardware or modules needed for this to work.

Unlike many other aftermarket stereos, RCD360 Pro will function with your vehicle’s multifunctional steering wheel controls so you can truly enjoy a journey full of comfort and drive safely. If you have OEM Parking sensors, our headunit will automatically show a visual display of your parking sensors when you engage the reverse gear.

There are many different ways to enjoy music in your car with RCD360 Pro unit including Bluetooth, AppConnect, USB & SD Card. Built in to the front of the unit is a USB and SD Card port that can be used to listen to your favourite songs.

There are no reviews yet.

Only logged in customers who have purchased this product may leave a review.